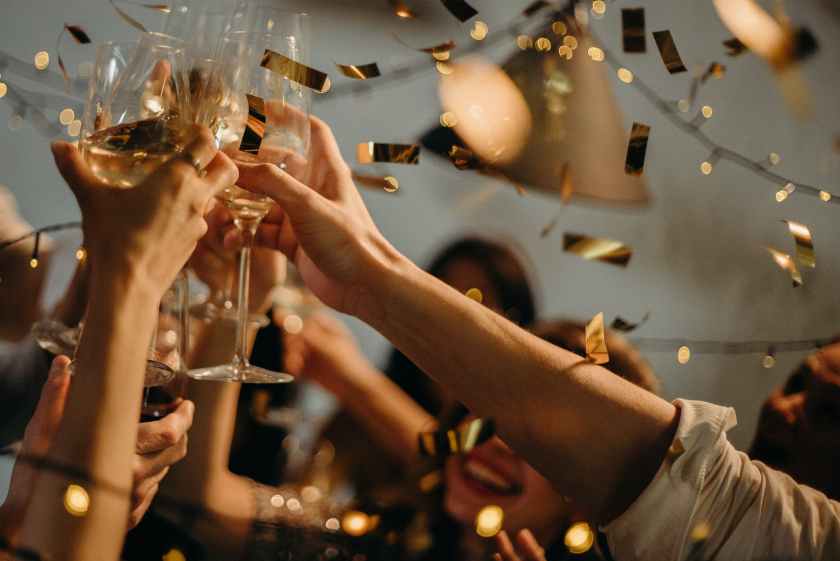 So the anniversary celebrations weren’t even over yet… and I received this notification! We’re now a fam of hundred!!

A big thanks to all of you who’ve been a part of this and supported me all along! And to those who have just joined: I hope you enjoy the ride!

Being in Mr. K’s office was never too fun, but a dark rainy day only made it worse. Sanya’s eyes drifted lazily towards the window as she tried to decide which one was gloomier – the hazy cloudy sky outside, or the atmosphere inside the office.

Mr. K was a grumpy businessman, somewhere in his fifties. He was rich, his personality boasted it. No one knew much about him, he wasn’t anywhere near chatty and no one dared to go ask him about his personal life. His face was almost always twisted in a scowl. His company was making profits, which was the only reason people worked with him, and under him. If you were lucky, you could go a whole day without having him scream on you and throw tantrums. That is, if you were lucky – lucky enough to get to see the sun rising from the west.

He’d never had a personal assistant who lasted more than a year in his office. Sanya, though, was an exception. She was going to complete five years as his PA. It was a real feat. People said she was extraordinary. She, on the other hand, was only here because she couldn’t get a better job. The moment she found a better paying job, she would slam down her resignation.

“I’VE TOLD YOU A HUNDRED TIMES TO SERVE ME BETTER COFFEE!” Mr. K’s booming voice broke Sanya’s train of thoughts. She rushed into his cabin to find him screaming on the peon. She indicated him to leave and tried to change Mr. K’s mood.

“Shall I open the curtains sir? It’s too dark in here.”

He glared at her as if he would eat her up. She ignored him and pulled the curtains away. The tiny amount of light that poured through the clouds into the room seemed to lift the mood up a bit. The rain had stopped by now and there were puddles all over the road.

“We have to leave for the meeting, sir,” she reminded him. “The new deal, at the hotel,” she added when she realised he was so angry that he had no idea what she was talking about. He nodded, still fuming, and stomped out as she followed.

They stepped out of the magnificent office and started to cross the road to the other side where his car waited for him. By now, boys from the neighbourhood had gathered around to jump in the puddles left by the rain. Some also carried papers with them and sat down at the edge of the road as they carefully folded out colourful boats.

Mr. K avoided them carefully as he made his way to the other side of the road. He threw them a look of disgust each time his eyes met any of theirs. He had almost crossed the dreaded road when he paused to receive his ringing phone. It was just a second before a boy jumped into a puddle next to him and splashed the muddy water on his shiny black clothes.

Sanya froze in place as Mr. K dropped his phone back into his pocket and glared at the child, like an eagle looking at its prey. The child smiled apologetically, unaware of what was going to happen next. Before Sanya could blink, Mr. K reached out towards the boy in one leap with his hand stretched forward, but stopped just a few millimetres from him. Something else had caught his eye.

He was looking at something behind the boy. Sanya followed his gaze to find a few boys huddled around a big puddle, racing their paper boats. Mr. K slowly crept towards the tiny group. Sanya tried to read his expression – it wasn’t of anger, no, it was a bit like curiosity. He reached upto them and leaned over to study the boats.

He watched as a tiny boy, grinning through his missing teeth, dropped a pink little boat into the water. It sent ripples through the water; ripples that rang through Mr. K’s mind and hit a spot that was long buried deep into his heart.

The ripples. Ripples that were born when little Kumaran made tiny colourful boats and floated them on the rain puddles.

“Kumar!” his mother would then call, her voice sweeter than the essence of rain.

And he would run to his little cottage in the middle of the village. His home. His very own and only home.

He would hug his mother and seat himself in her lap, never getting off till she fed him food with her own hands.

And then they would go out in the rain, on the tiny swing that his mother had tied for him between two trees in the village.

“Higher!” he would say, and his mother would swing him till he was all drenched in rain and laughter.

And she would dress him like Kanha for Krishna Janmashtmi and feed him butter and say that he was the most beautiful child in the world.

All would be fun and good… until the sunset.

The sunset. Darkness would fall and he would return. He who was the only pain in his life. He who was the face of monstrosity for him. He who snatched away all his happiness. His father.

How could little Kumaran forget that night. When he smiled his last smile.

It was a dark monsoon night. Kumaran had played outside the whole day, making paper boats. He was really tired. He hugged his mother and lay on his bed, and his eyes closed involuntarily.

He didn’t know what happened after he fell asleep, but the next time he opened his eyes, he could hear voices from the other room. No, not voices, screams. His mother’s screams.

He rushed to the door, but it was locked from the other side. He cried for help, but there was no one to help him in the middle of the night.

He somehow managed to break open a window, but it was impossible for his brain to comprehend what his eyes saw.

He ran away the next day after they took away his mother’s body. It was a decision taken in anger. An anger he felt for the first time in his life, and something that never left his side again. He had wanted to run away from the man that ruined everything, but he was also running away from all the good memories of his mother, of his home. His very own home.

Sanya watched as a dozen expressions crossed his face – a sudden realisation, nostalgia, sadness, anger and back to another realisation via a bunch of emotions that she couldn’t understand. And then, for the first time in her life, she saw him smile.

She didn’t understand, and never would, and neither would anyone else. For what was happening was only known to Mr. K and his heart.

Can you believe it’s been a whole year since I made my first ever blog post?! I can’t!

It’s been a roller coaster journey, full of ups and downs, highs and lows. There’s a dozen emotions you’re going through while you’re up on the coaster (of course I won’t know because I’m too much of a scaredy cat to actually go up on the ride.) But when the journey ends, you just feel exhilarating – which is exactly what I’m feeling right now.

But of course this isn’t the end! It’s just the start of a bigger journey!

Now before I flow too much into emotions and deliver a big fat Bollywood-style speech, I’ll stop right there and save some words for future anniversaries.

Here are some highlights of the year…

The first part of the Fourth Dimension: The Mission

The journey really started from here… it opened a whole new world for me!

The first time I wrote something on demand: A trip to Egypt

It was honestly so fun to write!

The first time I was out of ideas for the story and decided to do something new: Inverted

The first time I posted a non-silly poem (and I’m so glad I did that!): Shine O Moon

My first story for the 2021 Short Story Challenge: Home Away From Home

Most talked about: Please Help!

Thank you for riding with me!! 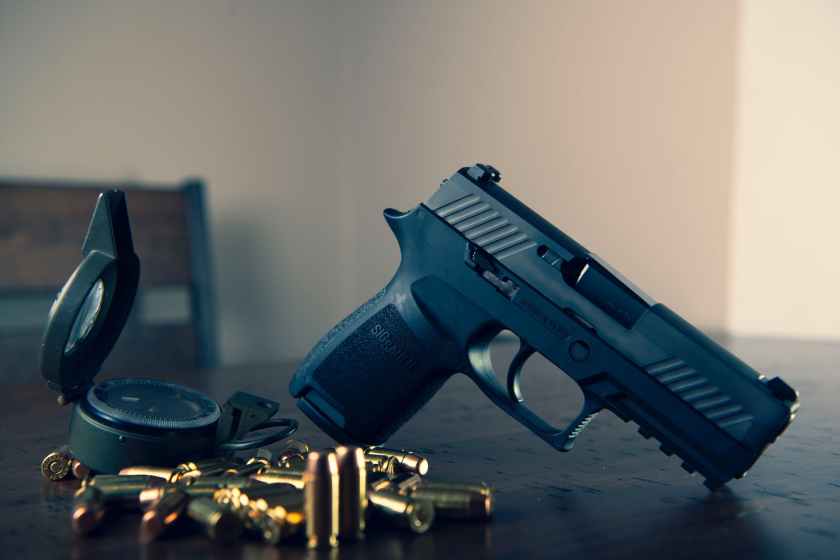 Presenting before you the first part of “The Fourth Dimension”…

That dewy Tuesday morning saw something more than a sunrise and cooing birds. It looked no less than a movie scene: large black cars chasing a big blue van (which was reportedly carrying drugs and gold). As the procession reached the empty highway, it became very clear that it was a game of bullets. Men could be seen poking their heads out of the cars to shoot, or ducking down in defence.

“Agent T-13 reporting! Situation under control; 3 down, 1 left. We’ll catch them any moment now!” Apparently, Agent T-13, a sharp woman in black formals and sunglasses, was leading the mission, and this was a very normal day for her. The mission was simple: get hold of the drugs and gold and shoot down the men. She was much more used to jumping off helicopters or diving in the deep sea.

“Agent S-3 here! We are receiving more inputs on the mission,” a voice boomed from the walkie-talkie. And before the statement could be completed, the black cars had surrounded the blue van. There was no escape. The last of the men were shot down, boxes from the van were confiscated; mission complete! Or so they thought.

“Open up the boxes! We need to report what exactly and in how much amount they were carrying,” Agent T-13 ordered. Then walking by the side, she reported on her walkie-talkie, “Mission complete! All boxes confiscated, under inspection…” “No! Listen to me, this was a bait! We’ve been tricked!” Agent S-3 exclaimed from the other side.

“What?! But we are all safe, and we’ve shot down the men,” Agent T-13 said. She was confident that no mission could go wrong under her supervision. “Oh no, no! These inputs could never go wrong! Wait… the boxes! You haven’t opened the boxes, have you?” Agent S-3 asked tensely. “Boxes? Oh…” and remembering that she had just ordered the men to open the boxes, she turned around…

When she regained consciousness, her head was still dizzy. Her vision was blurred, but she was sure she wasn’t on the highway where she had fainted. This was a different place, many people were standing around her, she was lying on a bed. Where was she? She was on a mission and then there was a blast…

And then she remembered it all. S-3 had said they have been tricked; the van was a bait. So had the enemies captured her? Where was her team?  And then she could think no more for her head hurt too much. Slowly her eyes started adjusting to her surroundings. The place seemed familiar. It looked like… but no, it couldn’t be. But this place had to be…

[Where was Agent T-13? What happened to her teammates? Stay hooked to know! Any guesses where she is? Tell me in the comments! Do like and share. Follow Oddball Thinks to know what happens next!] 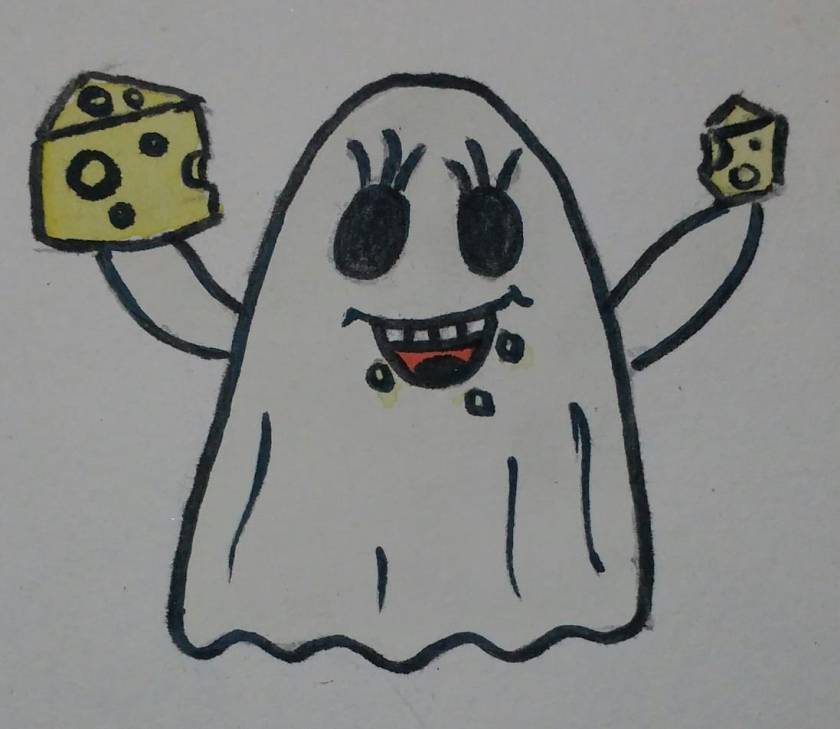 Spooks, the ghost, was hungry one night,

Spooks, the ghost, went out for a bite.

Spooks, the ghost, looked amid the trees,

Spooks, the ghost, found some cheese!

Spooks, the ghost, went for a stroll;

Spooks, the ghost, began to cry,

Spooks, the ghost, was going to die!

Spooks, the ghost, then went red-

‘Coz Spooks, the ghost, was already dead!